Sharing my love of Back To The Future!

As it's Back To The Future Day, I thought I’d share my love of the trilogy – but in particular the first and in my opinion the best film.

I went to see the film on my ninth birthday, 19th January 1986, at the Cromwell Cinema in Huntingdon, sadly no longer there. So, nearly 30 years later (yikes!), I would have to say this is still my best cinema experience.

I absolutely adore this film, and after a few drinks will corner someone and lecture them for hours about how it is one of the greatest films ever made.

For this blog I'll keep it short. Here are a few reasons why I LOVE it.

IT HAS IT ALL!

Action, thrills, comedy, romance, adventure, science fiction, escapism, brilliant characters, a big fat heart and even a cute dog! No wonder it appeals to so many different ages and types of people.

Still now, I get excited watching it, even though I probably have seen it 100 times. There are so many exciting moments: when the Libyans turn up in their camper van, the skateboard chase around the town square, the moment you hear the sax at the start of the Enchantment Under The Sea dance scene, and of course being on the edge my seat seeing Doc Brown trying to fix the broken cable. I love watching it even though I know everything works out ok!

All of the questions and debates the film provokes, not only about time travel but also life and the choices you make, the attitude you have to life, how you treat yourself and others and how fate can play a big role - all of these factors can change your path.

The story – an absolutely genius idea – travelling back 30 years and seeing how everything was in your home town. That magical moment where Marty turns the corner into the square and you hear "Mr Sandman" playing. You are transported into a different world. This was particularly awesome for my nine-year-old self as I had little knowledge about the 50s in 1986. Watching it again recently, I noticed how many shots of clocks there are in the film. Not only this brilliant theme of time and time travel, but the extra concept that you can socialise with your parents at the same age and see what they were like. Wouldn't that just be fantastic.

The catchphrases and classic lines throughout the film: "Great Scott!", "There's that word again, ‘heavy', is there something wrong with the earth's gravitational pull in the future?", "When I kiss you, it's like I'm kissing my brother", "Put your mind to something and you can achieve anything", "You're beginning to sound just like my mother" and "History is going to change!"

The main reason I think the film stands out compared to other films in the same genre is the character work. The characters have been worked on just as much as the story and the action – even minor characters like Goldie Wilson who only has a few lines. Every character is well rounded and there are so many brilliant ones in the film and you really care about them and their relationships. Moreover, there is the joy of then taking these characters into 2015 and way back to 1885 in the next two films. My favourite has to be loveable wimp George McFly, brilliantly played by Crispin Glover, who we see turn into a dashing hero by the end of the film.

Imagine how excited I was at nine years old seeing that car fly towards the screen!

Appear in a video? Noooooo! 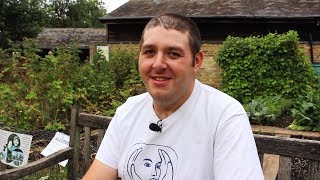 Video: shine a light on your charity! 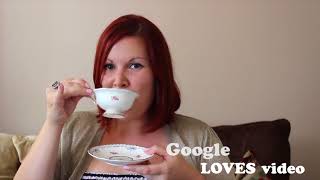 Tell Your Story Through Video 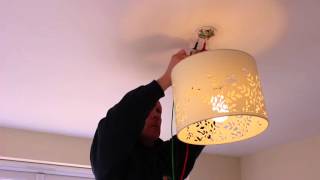 Why should I pay for a profile video?